2015 Oscar Nominees for Animated Feature - Where Did They Go To School?

Creating cool characters with enough charisma to captivate audiences of all ages is just one of the amazing talents today's top animators possess. They also have remarkable storytelling ability, superior tech savvy, incredible illustration skills, and much more. Sure, a good number of today's high-level animators were actually born with these enviable talents, but most successful animators will agree that a degree program helped them refine their skills and learn the ins and outs of the animation industry. And that’s just the beginning.

While it is possible for some animators with extraordinary talent to enter the field without formal training, most studios prefer to hire animators with a degree or some form of training from an accredited program. So yes, talent and education go hand in hand when it comes to being successful in the animation industry and we have proof! Take a look at the education background for each of the 2015 Oscar Nominees for Best Animated Feature Film and Best Animated Short Film. 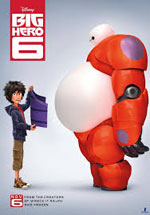 Don Hall graduated from the University of Iowa with a Bachelor of Art in Drawing & Painting. He went on to attend the California Institute of the Arts and graduated in 1995. Besides Big Hero 6, Don Hall is known for his work on The Princess and the Frog (2009), The Emperor's New Groove (2000), and Tarzan (1999).

Chris Williams graduated from the University of Waterloo (Waterloo, Ontario, Canada) with a degree in Fine Arts. After graduating, Williams enrolled in the animation program at Sheridan College in Oakville, Ontario, Canada. In addition to Big Hero 6, Williams worked on the Oscar-nominated animated feature Bolt (2008), Brother Bear (2003), The Emperor’s New Groove (2000), and Mulan (1998). Williams was also the voice of Oaken in the Oscar-winning animated feature film Frozen (2013).

Roy Conli studied theater at San Francisco’s American Conservatory Theater (ACT) and he attended Boston University where he earned a Master of Fine Arts degree. In addition to Big Hero 6, Roy Conli is known for Tangled (2010), Treasure Planet (2002), and The Hunchback of Notre Dame (1996). 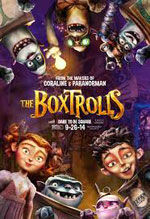 Anthony Staachi earned a BFA in Film from the California Institute of the Arts. Staachi worked as a special effects animator for James and the Giant Peach (1996), Back to the Future (1985), and Hook (1991).

Graham Annable graduated from Sheridan College in Oakville, Ontario, Canada. Annable is also known for his work on ParaNorman (2012) and A Goofy Movie (1995)

Travis Knight graduated from Portland State University. The former rapper and son of Nike Cofounder Phil Knight worked on the Emmy-winning television series The PJs (1999-2001) and the animated series Gary & Mike (2001). Knight is also known for his work on ParaNorman (2012), Coraline (2009) and The 82nd Annual Academy Awards (2010). 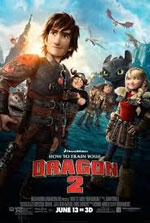 How to Train Your Dragon 2 - Dean DeBlois and Bonnie Arnold 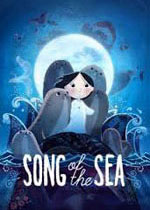 Song of the Sea - Tomm Moore and Paul Young

Tomm Moore attended Ballyfermot College of Further Education (BCFE) in Ballyfermot, Dublin, Ireland, where he studied classical animation. Moore is also known for his work on Kahlil Gibran's The Prophet (2014) and the Oscar-nominated animated feature film The Secret of Kells (2009).

Paul Young attended the University of Ulster in the UK. Young produced the Oscar-nominated animated feature film The Secret of Kells (2009) and voiced Brother Square, and he was the executive producer of the Bafta-nominated TV series Skunk Fu! (2007). 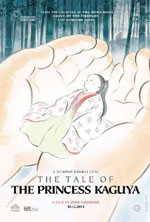 The Tale of the Princess Kaguya - Isao Takahata and Yoshiaki Nishimura

Yoshiaki Nishimura attended Kinki University in Osaka, Japan and he is a producer for Studio Ghibi—a Japanese animation studio based in Koganei, Tokyo, Japan. In addition to The Tale of the Princess Kaguya, Nishimura is known for his work on Howl's Moving Castle (2004) and When Marnie Was There (2014). 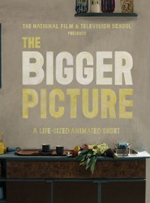 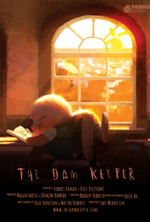 Robert Kondo graduated from the Art Center College of Design in Pasadena, California where he studied illustration and design. In addition to The Dam Keeper, Kondo is known for Monsters University (2013), Toy Story 3 (2010) and Ratatouille (2007). 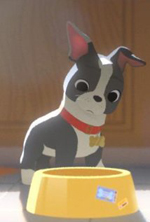 Patrick Osborne graduated from Ringling College of Art and Design in Sarasota, Florida with a Bachelor of Fine Arts (BFA) in computer animation. Osborne was Co-head of Animation for Big Hero 6 and Head of Animation the Oscar-winning short animated film—Paperman (2012). Osborne is also known for Wreck-It-Ralph (2012), Tangled (2010), Bolt (2008), The Chronicles of Narnia: The Lion, the Witch and the Wardrobe (2005), I Am Legend (2007), and The Polar Express (2004). 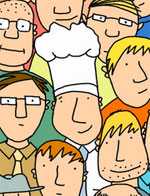 Me and My Moulton - Torill Kove

Torill Kove attended Concordia University (Montreal, Quebec, Canada) where she studied Urban Planning, Urban Studies, and Animation. After receiving a Bachelor of Arts (BA) degree from Concordia, Kove attended McGill University (Montreal, Quebec, Canada) where she earned a Master of Urban Planning. In addition to Me and My Moulton, Torill Kove is known her work on The Danish Poet (2006) and My Grandmother Ironed the King's Shirts (2001). 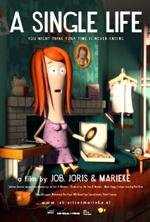 Joris Oprins studied at the Design Academy Eindhoven, The Netherlands. She graduated with a Bachelor of Arts (BA) degree. Oprins is also known for her work on Mute (2013) and Wad (2003).