Ever wonder how the world’s most famous animators got their start? While there will always be working animators out there who consider themselves self-taught, many successful animators have at least some formal training. Some may have a degree or two in a range of areas, while others may have completed a diploma, workshop, or apprenticeship program. Its programs such as these that led many of today’s top animators to some of the most sought after internships in the world. Others went straight to positions at some of the world’s most celebrated studios. Pixar, Disney Animation Studios, DreamWorks Animation, Industrial Light & Magic, and Studio Ghibli are just a few.

Let’s take a look at the schools and programs that helped shape this year’s Oscar Nominees for Best Animated Feature and Best Animated Short Film. Some just might surprise you! 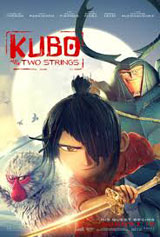 Kubo and the Two Strings

Travis Knight graduated from Portland State University in 1998 with a bachelor’s degree in social science. Knight received hands-on experience in animation by working in the CGI department at Vinton Studios. Besides his directorial debut, Kubo and the Two Strings, Knight is known for Oscar-nominated animated features such as The Boxtrolls (2014), ParaNorman (2012), and Coraline (2009). Travis Knight is President & CEO of LAIKA Entertainment—a stop-motion animation studio.

Arianne Sutner graduated from Washington University in St. Louis. Her first major job was production assistant on Tim Burton’s The Nightmare Before Christmas (1993). Today, Sutner is development producer at LAIKA Entertainment and her credits include ParaNorman (2012) War of the Worlds (2005), A Bug’s Life (1998), James and the Giant Peach (1996), and animated television shows, commercials and short film projects for Disney, WB Kids, and Nickelodeon.

John Musker honed his drawing skills at Loyola Academy in Wilmette, Illinois while creating cartoons and caricatures for the school newspaper. After graduating, he attended Northwestern University, where he majored in English and worked as a political cartoonist for the Daily Northwestern. Soon after, Musker enrolled at California Institute of Arts (CalArts) in Valencia, just as the school was just launching its animation program. After completing the program, Musker was hired at Disney. Just a few credits for the long-time Disney director, producer, and writer include the Oscar-nominated The Princess and the Frog (2009), Treasure Planet (2002), Hercules (1997), Aladdin (1992), The Little Mermaid (1989), and The Great Mouse Detective (1986).

Ron Clements attended Art Center College of Design in Pasadena, California, while animating for Hanna-Barbera. Clements was accepted into Disney’s Talent Development Program, and he completed a two-year apprenticeship with Disney’s Frank Thomas. The animator made his feature film directorial debut, alongside John Musker, with The Great Mouse Detective (1986). He went on to co-direct (with Musker) The Princess and the Frog (2009), Hercules (1997), The Little Mermaid (1989), and Aladdin (1992).

Osnat Shurer attended New York University where she majored in film studies. She also attended The New School (New York), where she majored in directing for film. Shurer has worked for Pixar and now at Disney. Producer credits include Arthur Christmas (2011), Jack Attack (2005), Mr. Incredible and Pals (2005), and One Man Band (2005). Shurer worked as head of development during production of Oscar-winning films such as Big Hero 6 (2014) and Frozen (2013). 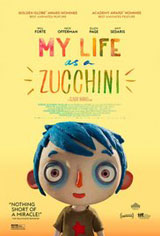 My Life as a Zucchini

Claude Barras earned a degree in anthropology and numerical images from the University Lumière of Lyon, France. The director studied illustration at Emile Cohl School in Lyon, and later studied images of synthesis at The École Cantonale d'Art de Lausanne (ECAL). Besides My Life as a Zucchini (My Life as a Courgette), Claude Barras is known for Chambre 69 (2012), Land of the Heads (2009), Animatou (2007), and Sainte Barbe (2007), to name a few.

Max Karli attended New York University Film School and he is the founder of Geneva-based Rita Productions. Just a few credits include Victoria (2015), The Price of Fame (2014), The Bakery (2013), and A Better World (2013). 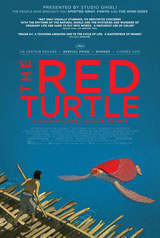 Michael Dudok de Wit graduated from West Surrey College of Art, UK. He is best known for the Oscar-nominated short film The Monk and the Fish (1994) and the Oscar-winning animated short film Father and Daughter (2000). Presently based in London, Dudok de Wit directs and animates commercials for television and cinema, and he teaches animation at art colleges and universities in the UK and abroad.

Toshio Suzuki graduated from Keio University, Tokyo with a degree in literature. He went on to

co-found Studio Ghibli (a Japanese animation studio based in Koganei, Tokyo, Japan), with directors Hayao Miyazaki and Isao Takahata. Suzuki won an Oscar in 2003 for Best Animated Feature for Spirited Away with Hayao Miyazaki, and he has worked on Oscar-nominated films such as When Marnie Was There (2014), The Wind Rises (2013), and Howl’s Moving Castle (2004). 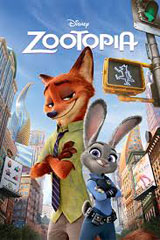 Byron Howard earned a BA from Evergreen State College, where he studied art, cinematography, and literature. The Disney Animation Studios director is best known for Tangled (2010), Bolt (2008), Brother Bear (2003), Lilo & Stitch (2002), Mulan (1998), and Pocahontas (1995). This is the second Oscar nomination for Byron Howard. He was previously nominated for Bolt (Best Animated Feature Film).

Rich Moore graduated from California Institute of the Arts in Valencia with a degree in character animation. He worked as a storyboard artist and character designer on The Simpsons, then as director, which led to an Emmy nomination for Outstanding Animated Programming. Besides The Simpsons, Moore is best known Wreck-It-Ralph (2012), which was nominated for Best Animated Feature Film, as well as series such as Drawn Together, Futurama, and The Critic.

Clark Spencer graduated from Harvard University with a degree in history. Later, he graduated from Harvard Business School, and went on to work for Walt Disney Studios as a senior business planner. While climbing the ladder, Spencer was involved with the purchase of Miramax Films, and he went on to produce Lilo & Stitch (2002), Bolt (2008), and Wreck-It-Ralph (2012). 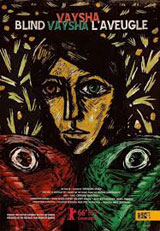 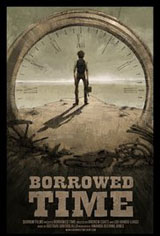 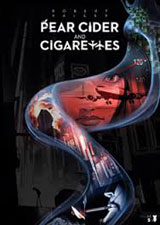 Cara Speller graduated from American Intercontinental University with a BA in video production. The Passion Pictures producer is known for her work for Gorillaz (2006, 2008, 2010). Other credits include Rollin’ Christmas (2013) and Reindeer (2011). 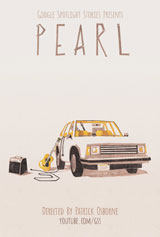 Patrick Osborne graduated from Ringling College of Art and Design in Sarasota, Florida with a BFA in computer animation. Osborne was co-head of animation for Big Hero 6 and head of animation for the Oscar-winning short animated film Paperman (2012). Osborne is also known for Wreck-It-Ralph (2012), Tangled (2010), Bolt (2008), The Chronicles of Narnia: The Lion, the Witch and the Wardrobe (2005), I Am Legend (2007), and The Polar Express (2004). 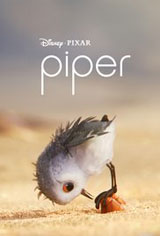 Marc Sondheimer earned a BA in Sociology from University of California, Berkeley. He went on to complete his graduate studies at Thunderbird School of Global Management in Glendale, Arizona, where he received an MBA. Credits include Finding Dory: Marine Life Interviews (2016), Monsters University (2013), Day & Night (2010), Calendar Confloption (2009), WALL-E (2008), Ratatouille (2007), and The Incredibles (2004).