It’s that time of the year again when the world’s top filmmakers, actors and animators come together to support and congratulate one another on a job well done. Though there will be plenty of mutual support on March 4th, the competition is still fierce, as 2017 saw some of the entertainment industry’s most incredible filmmaking, with animation shining bright as ever!

While young compared to other categories, feature animation has come a long way since the first animated feature Oscar was awarded in 2002. Since becoming the second animation category on the ballot, (“Short Subjects, Cartoons” was introduced in 1932), thousands of animators from around the world have tossed their hats into the ring in hopes of winning the now coveted Best Animated Feature Film award.

This year is no different, with productions tackling subjects from basketball and bullfighting to bullying and the Taliban. One animated production is even set to make history by becoming the world’s first fully painted feature film.

These celebrated nominees didn’t get where they are today alone. Sure, they’re incredibly talented, but most had a little help from some of the world’s best schools. Let’s take a look at the schools and programs that helped the nominees for Best Animated Feature Film and Best Animated Short Film make it all the way to the 90th Annual Academy Awards. 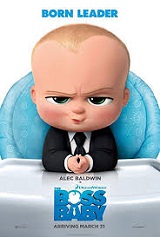 Tom McGrath attended the University of Washington, where he studied Industrial Design.

He graduated from the Character Animation program at California Institute of the Arts (CalArts). McGrath is also a voice actor, and has been nominated for a BTVA Feature Film Voice Acting Award for Best Vocal Ensemble in a Feature Film for Madagascar 3: Europe's Most Wanted (2012) and Puss in Boots (2011), as well as a Daytime Emmy for Outstanding Performer in an Animated Program for The Penguins of Madagascar (2008).

Ramsey Naito attended Maryland Institute College of Art (MICA) where she earned a BFA. She went on to study at California Institute of the Arts (CalArts), where she earned an MFA. Naito worked as a producer at Blue Sky Animation Studios and as the head of movies at Cartoon Network. Currently a member of the DreamWorks team, Naito is best known for her work on The SpongeBob Square Pants Movie (2004), Jimmy Neutron: Boy Genius (2001), South Park: Bigger, Longer & Uncut (1999), and The Rugrats Movie (1998). 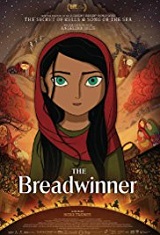 Nora Twomey graduated from the School of Animation at Ballyfermot College in Dublin, Ireland. The producer and director founded Cartoon Saloon 18 years ago, and she is best known for the Oscar-nominated animated feature Song of the Sea (2014) and The Secret of Kells (2009).

Anthony Leo attended the Canadian Film Center in Toronto where he studied at the Producers’ Lab. Leo also attended Ryerson University (Toronto) where he was a Theater Acting major. Today, Leo is producer, writer, and co-founder of Aircraft Pictures and is best known for Bruno & Boots: This Can't Be Happening at Macdonald Hall (2017), and Todd and the Book of Pure Evil (2010).

The Breadwinner is a co-production between Aircraft Pictures, Cartoon Saloon and Melusine Productions in association with Executive Producer Angelina Jolie Pitt. 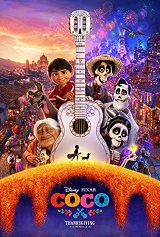 Lee Unkrich graduated from the University of Southern California, School of Cinematic Arts. The director, screenwriter, and editor is a longtime member of the creative team at Pixar, and is best known for Toy Story (1995), A Bug’s Life (1998), Toy Story 2 (1999), Monsters, Inc. (2001) and Finding Nemo (2003).

Darla K. Anderson attended the School of Art + Design, College of Professional Studies and Fine Arts, at San Diego State University (SDSU). She earned a degree in Environmental Design, and she is best known for A Bug’s Life (1998), Monsters, Inc. (2001), Cars (2006), and Toy Story 3 (2010). Anderson is a film producer for Pixar Animation Studios. 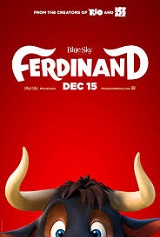 Lori Forte graduated from the School of Cinematic Arts at University of Southern California (USC Cinematic Arts). She is a producer and writer is best known for her work on Epic (2013), Ice Age: The Meltdown (2006) and Ice Age (2002). Forte once taught Screenwriting at the American Film Institute and is a former Creative Executive for Disney where she worked on the Academy-Award nominated film, Toy Story (1995), and the Oscar-nominated short film Runaway Brain (1995). 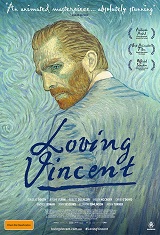 Dorota Kobiela attended the Academy of Fine Arts in Warsaw. The filmmaker, screenwriter, and producer is best known for her work on shorts such as Little Postman (2011), Chopin’s Drawings (2011), and The Flying Machine (2011). Kobiela served as director, writer, editor, and visual effects artist on Loving Vincent.

Hugh Welchman attended Keble College, a constituent college of the University of Oxford in England. He graduated with a degree in Politics, Philosophy and Economics. Welchman is best known for his work on La Vie en Rose (2007) and Peter & the Wolf (2006).

Ivan Mactaggart graduated from Preston Comprehensive in Yeovil, Somerset, England. He is a Partner at Trademark Films and is best known for his work on My Week with Marilyn (2011), Shadows in the Sun (2009), and Wilderness (2006). 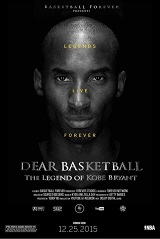 Glen Keane attended California Institute of the Arts (CalArts) where he studied under renowned animation instructor Jules Engel in the schools Experimental Animation (Film Graphics) program. Keane is best known for his work at Walt Disney Animation Studios. Feature films include Tangled (2010), Tarzan (1999), Pocahontas (1995), Aladdin (1992), Beauty and the Beast (1991), and The Little Mermaid (1989). 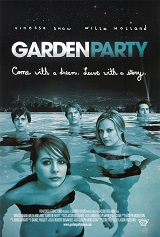 Victor Caire graduated from MoPA in Arles, France. He is best known for Garden Party, which has a total of seven nominations across film festivals and other events. The film has already won eight other awards.

Gabriel Grapperon also attended MoPA in Arles, France, and he is best known for Garden Party. 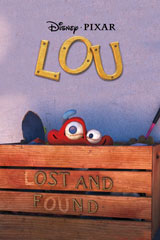 Dave Mullins attended Cleveland Institute of Art (CIA), Brown University, and Rhode Island School of Design (RISD). He received a BFA in Illustration from RISD and is currently Short Film Director and Animation Supervisor at Pixar Animation Studios. Mullins is best known for his work on Cars 3 (2017), The Good Dinosaur (2015), Inside Out (2015), Brave (2012), and Cars 2 (2011). Mullins also did additional animation work on Coco (2017).

Dana Murray graduated from the School of Business and Economics at Sonoma State University where she majored in Business Administration and Management. Murray is a producer at Pixar Animation Studios and is best known for her work on Cars 3 (2017), Inside Out (2015), Brave (2012), Ratatouille (2007), Finding Nemo (2003), and Up (2009). 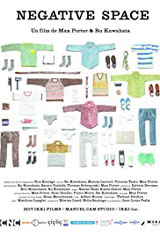 Max Porter holds a BFA from Rhode Island School of Design (RISD) and is the recipient of a fellowship at the Netherlands Institute for Animated Film. When he’s not making award-winning films (his films have won 25 international awards), Porter teaches animation at Maryland Institute College of Art (MICA) and is co-owner of “Tiny Inventions,” which produces commercials, music videos, PSAs and independent films.

Ru Kuwahata attended the Netherlands Institute for Animated Film and graduated from Parsons with a BFA in Illustration and Animation. She has taught animation part-time at MICA and Parsons, and served as Thesis Advisor in the MFA program at the School of Visual Arts (SVA). Kuwahata is currently co-owner, director, and animator at “Tiny Inventions,” which has over 300 film festival screenings to its credit. 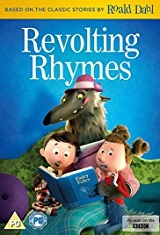 Jakob Schuh attended Ludwig Maximilian University of Munich (LMU Munich), where he studied in the Department of Dramaturgy. He also attended (and graduated from) the Film Academy Baden-Wurttemberg where he studied in the school’s Direction/Animation Department. Schuh has worked on The Gruffalo (nominated for an Oscar for Best Short Film Animated in 2011), The Amazing World of Gumball (22 episodes), Waltraut and Kuno (2007), and Celebrity Deathmatch Hits Germany (2001).

Jan Lachauer earned a Diploma in Animation, Interactive Technology, Video Graphics, and Special Effects from Film Academy Baden-Wurttemberg. He was also an exchange student at Gobelins, the School of the Image (Paris), where he studied Animation. Lachauer is best known for his work on Room on the Broom (2012), which was nominated for Best Short Film Animated at the 2014 Academy Awards.