2018 Oscar Nominees for Best Visual Effects - Where Did They Go To School?

Dominated by series, spin-offs, and sequels, this year’s Visual Effects Oscars race is one of the industry’s most anticipated competitions. Some veteran nominees have already won an Academy Award or two, while others will be competing for their first. One of many common threads this year’s VFX nominees have, though, is most have been nominated for Oscars and other coveted awards in previous years. In fact, every member of the spectacular Guardians of the Galaxy Vol 2. team has been here before.

All of these award-winning artists made it to where they are today with an otherworldly level of talent, plus a little help from some of the world’s best schools. Let’s take a look at the schools and programs that helped the nominees for Best Visual Effects make it all the way to the 90th Annual Academy Awards. 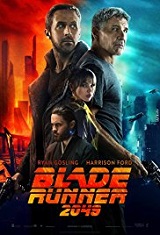 John Nelson graduated from the University of Michigan in 1976 with a Bachelor’s in General Studies. He is known for his VFX work with major studios such as Industrial Light & Magic, Rhythm & Hues Studios, and Sony. He won the Academy Award for Best Visual Effects (2001) for Gladiator (2000) and received several other VFX nominations for his work on Iron Man (2008) and I, Robot (2004). Nelson is also known for his work on The Matrix Reloaded (2003) and Matrix Revolutions (2003).

Gerd Nefzer is a “trained farmer and graduated agricultural technician,” according to Zeit Online. He is best known for his work Bridge of Spies (2015) and Pandorum (2009) and currently owns of “Nefzer Special Effects.” Detailed education information for Mr. Nefzer was unavailable at the time this article was published.

Paul Lambert is VFX Supervisor at Double Negative in Vancouver, Canada. He is best known for his work on The Curious Case of Benjamin Button (2008) and TRON: Legacy (2010). Education information for Mr. Lambert was unavailable at the time this article was published.

Richard R. Hoover studied Architecture at University of Oregon for two years, then moved on to Fine Arts with a Concentration in Design and Animation. He served as VFX Supervisor at Sony Pictures Imageworks for more than 11 years and currently serves as VFX Supervisor for Framestore Montreal. Hoover is known for his work on Armageddon (1998) and Superman Returns (2006), both nominated for Best Visual Effects at the 71st and 79th Academy Awards, respectively. 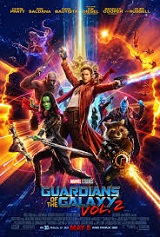 Guardians of the Galaxy Vol. 2

Christopher Townsend graduated from Coventry University with a BA in Graphic Design. He also received an Honorary Doctor of Arts degree from his alma mater. Townsend is VFX Supervisor for Marvel Studios and is known for his work on Iron Man 3 (2013), which was nominated for an Academy Award for Best Visual Effects, and Captain America: The First Avenger (2011).

Guy Williams attended Mississippi State University where he switched from Aerospace Engineering to Commercial Art to General Liberal Arts with an Emphasis in Computer Graphics. He was nominated for an Oscar for Best Achievement in Visual Effects for The Avengers (2012) and Iron Man 3 (2013). Williams is currently VFX Supervisor for Weta Digital in New Zealand, where he has worked on The Hunger Games: Catching Fire (2013), Iron Man 3 (2013), The Avengers, X-Men: First Class (2011), Avatar (2009), The Chronicles of Narnia: Prince Caspian (2008), and I, Robot (2004).

Jonathan Fawkner graduated from Sherborne School in the UK. He was nominated for an Academy Award for Best Visual Effects for Guardians of the Galaxy (2014), and is also known for his work on Edge of Tomorrow (2014) and Sherlock Holmes (2009). Fawkner has served as Senior Digital Compositor, Visual Effects Supervisor, and Creative Director, Film, for Framestore in London.

Dan Sudick and his VFX team were nominated for Academy Awards for Best Visual Effects for Captain America: The Winter Soldier (2014), Iron Man 3 (2013), and Iron Man (2008). Sudick is also known for his work on The Avengers (2012), Master and Commander: The Far Side of the World (2003), and most recently, Black Panther (2018), where he served as Special Effects Supervisor. Education information for Mr. Sudick was unavailable at the time this article was published. 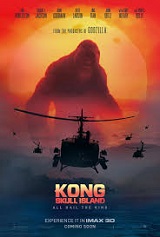 Stephen Rosenbaum graduated from University of California, Berkeley (UC Berkeley) with a Bachelor’s degree in Computer Graphics. He currently serves as Chief Creative Officer at Vesalius Creations, San Francisco, CA., and is best known for his work on Jack the Giant Slayer (2013), Avatar (2009), I, Robot (2004), The Chronicles of Riddick (2004), and Forrest Gump (1994).

Jeff White graduated from Ithaca College with a BS in Cinema and Photography. He went on to earn his MFA at Savannah College of Art and Design (SCAD). White was nominated for Best Visual Effects at the 85th Academy Awards for The Avengers (2012), and he is also known for Transformers: Age of Extinction (2017), Warcraft (2016), Transformers: Dark of the Moon (2011), and Transformers: Revenge of the Fallen (2009). White currently serves as Creative Director at Industrial Light & Magic (ILM) Vancouver.

Scott Benza holds an Associate of Science (AS) in Commercial Art with a Minor in Video Production. In his words, he received his degree “from a small technical college in Tampa.” Benza is Animation Supervisor at Industrial Light & Magic (ILM) San Francisco and is best known for his work on The Avengers (2012), and all four Transformers films, two of which earned him Academy Award nominations.

Mike Meinardus is known for his work on Only the Brave (2017), Jurassic World (2015), and Oblivion (2013). Education information for Mr. Meinardus was unavailable at the time this article was published. 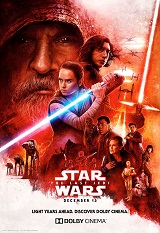 Ben Morris attended Banbury College of Art in the UK for one year. He went on to earn a BEng, First Class, in Mechanical engineering from the University of Bristol. Morris continued his education and received a DEng in Engineering (doctorate). Morris is best known for his work on War Horse (2011) and The Golden Compass (2007), and he currently serves as Creative Director at Industrial Light & Magic (ILM) London.

Mike Mulholland received a BA Hons Degree from Bournemouth University in the UK. Mulholland is Visual Effects Supervisor at ILM London, and is best known for his work on Star Wars: The Force Awakens (2015), Avengers: Age of Ultron (2015), War Horse (2011), Avatar (2009), and X-Men: The Last Stand (2006).

Neal Scanlan began his career the age of nineteen as a Stop Motion Designer for Cosgrove Hall, on their production of Wind in the Willows (1981). Three years later, he moved to London and began his animatronics career on Walt Disney's Return to Oz (1984). Scanlan went on to win an Academy Award for Best Visual Effects for Babe in 1996 and is best known for his work on Star Wars—all of them. Education information for Mr. Scanlan was unavailable at the time this article was published.

Chris Corbould “bunked off school” at age 16 to help on the filming of The Who’s rock opera Tommy, according to the Telegraph. “He never returned to class, instead taking up what he says was a “lucky” apprenticeship for a special effects firm based in Pinewood,” UK. Though he did not graduate from college, Corbould has been awarded two Honorary Doctorates from Southampton Solent University (UK) and University of Hertfordshire (UK). 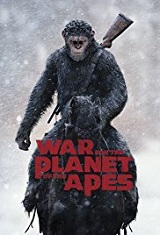 War for the Planet of the Apes

Joe Letteri graduated from of University of California, Berkeley (UC-Berkeley) with a Bachelor of Art degree. He is the Director of the Academy Award winning Weta Digital (with Peter Jackson) and Senior Visual Effects artist in Wellington, New Zealand. Letteri is winner of four Academy Awards (Avatar 2010, King Kong 2005, and The Lord of the Rings 2002 and 2003), has seven additional Oscar nominations (Dawn of the Planet of the Apes 2014, The Hobbit: The Desolation of Smaug 2013, and The Hobbit: An Unexpected Journey 2012), and is the winner of four BAFTA Awards and seven nominations.

Dan Lemmon graduated from Brigham Young University with a BFA in Industrial Design. He interned at Digital Domain during his summer breaks and worked on films such as The Fifth Element (1997) and Titanic (1997) as part of his internships before graduating. Lemmon is known for his work on The Jungle Book (2016), Dawn of the Planet of the Apes (2014), and Rise of the Planet of the Apes (2011). Lemmon has more than 20 wins under his belt including the Academy Award for Best Visual Effects for The Jungle Book.

Joel Whist graduated from University of British Columbia with a Bachelor of Applies Science (BAS) in Mechanical Engineering. He is known for his work on Batman v Superman: Dawn of Justice (2016), and The BFG (2016).