From thousands of working animators and the prestigious London International Animation Festival (LIAF) to major animation studios such as Framestore, Moving Picture Company (MPC), and Double Negative, we think London is a great place to do an animation internship! With a population of nearly 9 million people, students will have a rare opportunity to immerse in a bustling, iconic city that is a leader in the arts, entertainment, fashion, and finance. It’s no wonder London arts and design is the most googled in the world.

Students heading to London for an animation internship, whether for a semester or a summer, will also have the opportunity to expand their networks, gain valuable insight into how the industry works in the UK, and increase their chances of collaborating (or even landing a permanent position) with a major UK studio down the road. An added bonus is some London animation internships actually pay. Some pay minimum wage, while others pay more. No matter what the amount may be, a paid internship can help offset the costs of living in a city that is now the third most expensive in the world to live and work.

Before we tell you how to get started on securing a London animation internship, let’s take a quick peek at some of the city’s top animation studios.

Established in 1986, this Oscar-winning creative studio has two locations in London, and locations in Montreal, New York, and Los Angeles. At last count, Framestore had an army of more than 1,000 artists and producers across the globe. 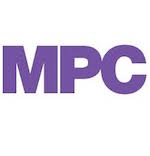 Notable Films: The Jungle Book, The Martian, the Harry Potter franchise, the X-Men movies, Life of Pi, Furious 7, Guardians of the Galaxy, and Terminator Genisys.

With production facilities in London, Mumbai, and Vancouver, Double Negative is considered one of the world’s largest providers of visual effects for film. This award-winning studio recently set up a Feature Animation Division, created to work with IP creators and filmmakers in the creation of high-end animated features. Feature Animation is currently working on its first major animated feature. 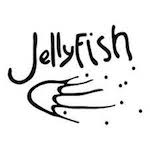 Established in 2001, Jellyfish Pictures is home to more than 100 artists across two offices in Boho and Brixton. Considered one of most respected boutique visual effects and animation studios in London, Jellyfish has been nominated for and awarded prestigious industry awards such as BAFTA’s and EMMY’s.

Founded in 2001, this BAFTA-winning animation production company is based in London and is known for crafting “creatively playful CG character animation for all digital media platforms, with a fresh and quirky edge.”

If you’ve seen enough and you’re ready to pack up and head to London, you can get the ball rolling by checking with your program coordinator and the study abroad office at your school. While doing research on your own is never a bad thing (more on this in a sec), your program coordinator and the study abroad office are experienced with helping match students with the right overseas studio. They will also have access to a variety of resources and can provide plenty of advice about accommodations, financing your trip, local customs, and requirements.

If you want to do some research on your own, the following are a just few places to look. Please note that at the time this article was published, some sources listed both paid and unpaid internships. Also below is some information about visa requirements to help get you started on the legal requirements to intern in London.

Visa Requirements Provided by GOV.UK and The Intern Group

According to The Intern Group, the non-profit organization BUNAC is the exclusive partner of the British Government and issues Certificates of Sponsorship that allow non-EU passport holders to apply for a BUNAC internship visa, known as a Tier 5 visa, with the UK Border Agency. The entire process takes from 4-6 weeks. For U.S Nationals only, this can be expedited to take three weeks. Students can also go to GOV.UK to apply for a Tier 4 (General) student visa. Please review additional information about Tier 4 visa requirements and the process here.