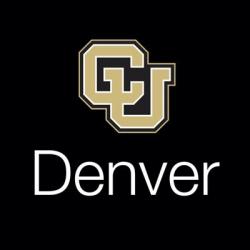 Turn what you love into what you do! The University of Colorado Denver offers a BFA in Illustration. Learn more about our creative degrees.

A degree in illustration can open the door to a wide range of careers from advertising and publishing to medical and politics. Just a few job titles include book illustrator, advertising illustrator, medical illustrator, and political cartoonist. The state of Arizona is home to dozens of advertising agencies, publishing houses, and newspapers as well as hundreds of medical institutes that need illustrators to work in marketing, patient education, and exhibit creation. Just a few employment options include J. Walter Thompson (advertising), The Arizona Heart Institute, The Arizona Republic (Phoenix newspaper), and The University of Arizona Press.

The state is also home to dozens of graphic design companies, web design firms, and schools that are always looking for talent. The number of schools and job options make Arizona a great place to start a career in illustration. Not only this, but the state offers a good quality of life thanks to more sunny days per year than just about every other state, a lively art and culture scene (Arizona has more museums and art galleries than most other states), a low cost of living, and amazing scenery such as the Grand Canyon and the Colorado River.

It is important to note that the illustration field is filled with freelancers, independent contractors, and business owners. The Bureau does offer a few figures for these individuals. According to the Bureau, the average salary for independent artists is $51,340. However, “earnings for self-employed artists vary widely.” If you’re just starting out, you can expect to earn as much as the lowest paid salaried illustrators while gaining experience and establishing a reputation. Seasoned freelance artists may earn more than the highest paid salaried illustrators. Like other self-employed workers, however, freelance artists are responsible for their own benefits.