Visual College of Art and Design of Vancouver (VCAD) sits in the heart of the city surrounded by the thriving film, visual effects and game industry scenes that draw artists and studios from around the world. Thanks to VCAD’s enticing electronic arts diploma programs, the school attracts students from far and wide. Programs include 3D Modeling Animation Art & Design, Game Design & Development, Mobile Game Design & Development, and the latest addition, Visual Effects Art & Design. The tracks consists of 6 terms that are each 3 months long and ultimately produce graduates who are industry-ready from day one.

3D artist and game industry veteran Roger Mitchell heads up the programs. His career has taken him from work as lead artist on AAA game titles to founding his own game design and delivery studio. Mitchell and the carefully assembled crew of instructors at VCAD work closely with their extensive industry connections to develop course content that is both exciting to students and relevant to their careers. We recently caught up with Mitchell to get a closer look at VCAD’s offerings- in particular the Game Design & Development and Mobile Game programs. Enjoy!

ACR: Roger, you’re career has taken you all over the game industry- from working on AAA titles to founding your own company. Why did you decide to turn your attention to teaching?

Roger Mitchell:  I’ve covered a lot of things, indeed. Pushing hard on the game front- working for big studios and also starting my own studio- required traveling and late nights. I found myself spending a lot of time getting (colleagues) up to where I wanted them to be by giving them crash courses and tutorials. It’s part of our culture (in gaming) to stay up to 3 am. Once I married and had kids, I just couldn’t put in those extra hours any longer. I needed to change direction without giving any of it up, so I turned to teaching which allowed me to still innovate. I feed off the students; they produce something out of left field and it energizes me. 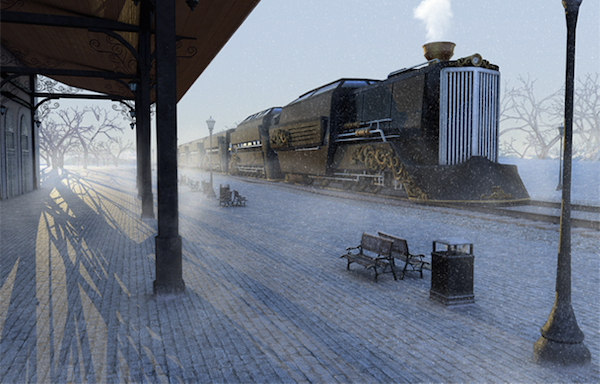 ACR: What drew you specifically to VCAD, where you’ve been heading up the Electronic Arts programs for the past year?

RM:  I’ve taught elsewhere and noticed there were always constraints on my resources or schedule. Classes are typically very short. When I came to VCAD, we have 4 hours per class time and 12 weeks per term. The entire program is a year and a half. I knew with that extra time, I could really do something. We have the 3D Modeling Animation program, the Game Development & Design program, and the Mobile Game Design & Development program, and the VFX program to come. So there are many areas that we can dive deep into.

ACR: Given all of the software out there today, how do you determine which ones would be best for your students’ marketability and adaptability in the workplace?

RM:  We started showing students what they have available and how they can use it new ways. A lot of students ask for new software. They want to go beyond Unity and Unreal Engine 4, but both (Unity and Unreal) are free to use and my contacts in the game industry use them- they’re constantly upgrading and they aren’t going anywhere. Game companies realize these free engines can do a lot for them, and students start to see it, too. We have students in interior design coming over to our program to gain experience on Unity.

A friend and colleague of mine were talking about keeping up with software- it costs an arm and a leg. We determined that the key is to become technology-agnostic. Don’t rely on any software because things inevitably change. Instead, it’s how you deploy the software you have. We teach this philosophy and enforce it so students have the same adaptable skills. 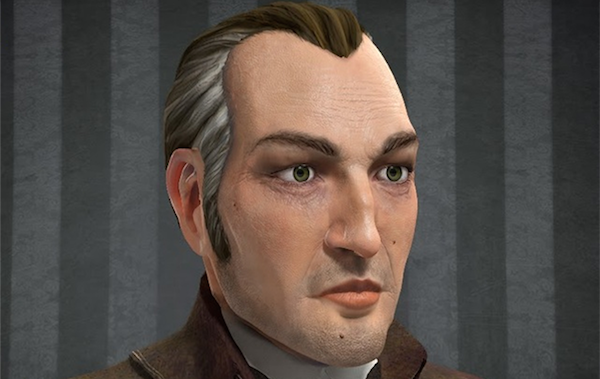 ACR:  Aside from Unity and Unreal Engine 4, what other software have you introduced students to?

RM:  I introduced them to innovations in film- specifically Nuke (software) which was used in the making of IronMan. I have a friend working on The Avengers and they heard rumors that Nuke creators were going to make it free for everybody. So once again, students see that the business model for software has gone to either subscription or free- that means that the onus is now on the student or company to develop more. It’s not about going to an AI program or UBC or VFF, it’s about what you can do here with what you have.

ACR:  Is there cross-over between the different Electronic Arts programs?

RM:  There is similarity early on. In Term 1, the 3D Modeling/Animation and the Game Design programs are very similar. Students all learn about Photoshop, color, design, drawing, etc. It can be so seamless that if a student is finding a course to be particularly difficult, they can switch between tracks. We try to keep that flexibility in the early terms for them. That’s a big difference between us and other institutions.

ACR: Do students typically work on projects individually or in teams?

RM:  Our flexibility often allows them to choose. For instance, in Terms 3 and 4 in the Game Design program, students complete a level design project which allows them to create game levels. They have the option to evaluate each other and join a team or go about it individually. I found teaching elsewhere that students generally had to work in teams if they wanted to get any real instruction, but here we evaluate everyone. That even applies if you start off in a team but something go awry- you can still be evaluated without jeopardizing everything… it’s not all for nothing as it often is elsewhere. 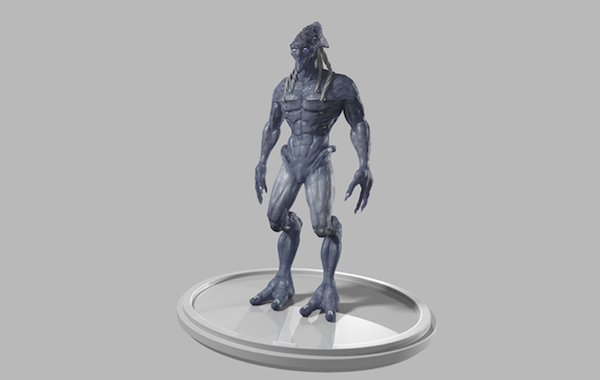 ACR:  How does critique- from peer and instructors- factor into their education?

RM:  We get them used to reviews. Every term, there’s at least one presentation which will be reviewed or discussed. I tell students honestly about when I worked at E.A.- there were times when we had to scrap ten hours worth of work and start again! The best was when I was working on Need For Speed and had to rebuild a car again and again and again. I had 2 or 3 versions that would be slightly altered and finally one would get approved.

I also tell students to take the wins when they get them- however small they may be. They need to know they put their hard work into something. We teach students something that I was taught in school: you will get feedback throughout life. If you can accept that it’s not personal, don’t lose your cool, acknowledge it, and make the changes then you’ll do big things. When students hear that, it puts their minds at rest. 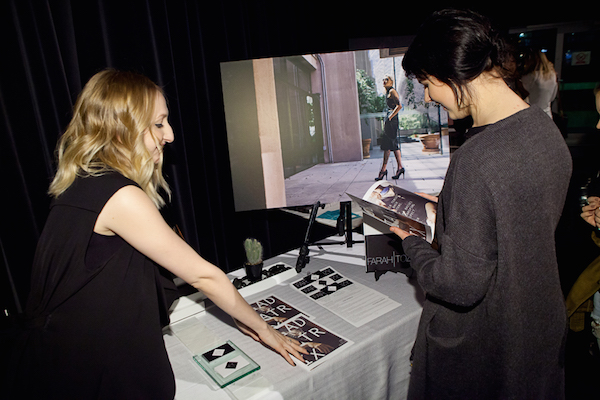 ACR:  Tell us about the guest speakers you frequently host on campus.

RM:  We get a lot of guest speakers on our campus from games and mobile, and seeing the success stories invigorates the students. Many realize that when they graduate they can go independent and that’s encouraging. They also realize that while technology is getting better, they still have to do the hard work themselves by listening to the stories of those in the industry. That forces them to think hard about what they want to do, and that’s a good thing.

They also learn that just because they complete something in school doesn’t mean it’s done. Games are an ongoing process- they can document a game and take it even further after they graduate. As far as their games are concerned, they don’t have to make a Monument Valley or Angry Birds- their game can land in the top 25, 50 or 100 and still be doing OK. Students start to view it as a longterm thing- that’s really positive. They can go work for a studio after graduation but they still have things in their portfolio which can grow.

ACR:  Are there ‘soft skills’ that you try to impart with your students?

RM:  For sure. I tell them things that I’ve found to be the secrets in my own career. I have quotes to live by which I share with them. One is by Tony Robbins: “Repetition is the mother of skill.” And the other is an Earl Nightingale quote which I really love: “You are what you think about the most”. I tell my students that if you think you can’t draw, you’ll reinforce that in your mind. It’s a negative mind state. By putting those two quotes together- thinking you CAN do something and practicing it- you get good at something. 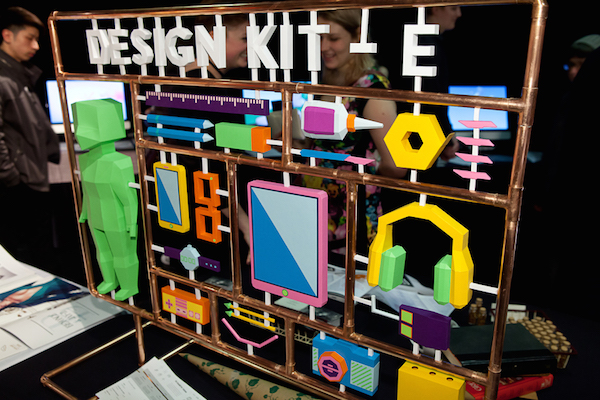 ACR: You have students from all walks of life- some who are relatively new to the digital arts. Are there any success stories that jump out?

RM:  That’s true. At the other institutions I taught at, we had a disproportionate number of students who came from well-off families; at VCAD, we have all types and many success stories. We had an amazing First Nations student whose assignment was to design a game character. She created an awesome 2D animation of a spirit creature. It was not at all what I was expecting and it was just amazing. She wrote a great document, had the animation to back it up, put it into a game engine, and nailed it. It was different and ultimately it helped her land a job.

Another student struggled from a lack of time on the software to really develop his artwork. It was all new to him. His challenge was focusing his energy on one thing rather than multitasking. He realized he needed to put extra hours in on the software compared to the others. When he gave his portfolio presentation, he won best in the show. Looking at where he was to where he graduated, he improved immensely. These stories make what we do so rewarding. 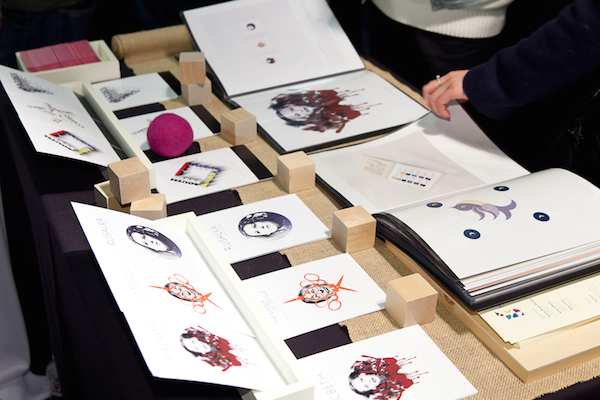 ACR:  VCAD is located in downtown Vancouver- a vibrant metropolitan city and a hub for games, VFX and film. What are some of the opportunities that the city offers?

RM:  Vancouver is a terrific city and our students come from all over. They may be coming from Alberta or Saskatchewan in which case it can be a bit of a culture shock. Maybe they’re from out of the country and didn’t realize that Vancouver is such a game and film hotbed- it’s not considered Hollywood North for nothing! They will likely walk past film or TV sets just going about their day. When I landed here in 2004, I bumped into actors from Smallville, BattleStar Galactica and StarGate within days. We have game conferences, as well, so students get to see that there’s so much they can do here if they choose to stay. One recent graduate was offered a job on our portfolio night. It’s an exciting place to study, and a great place to work and live.