Top 100 Most Influential Video Games of All Time - Page 2

90. Mario Party (1998). The original, baby! This series has almost made up for all of those years of the Princess always being in another castle or getting captured all over again. Each of the titles in this party game series consists of 50 to 100 minigames that created memorable multiplayer moments that went down as some of the best times (or worst times if it involved Boos and stars) that we had with each of the Nintendo consoles. It doesn’t matter if you’re young and bored, or using it as a college drinking game, or an old gray gamer: the Mario Party series is one that most of us look forward to playing until we die. Fun Fact: To date, Mario Party 7 is the game in the series with the most minigames!

89. Devil May Cry (2005). Enough children’s games on the list! This game will make your thumbs bleed and break your television when you throw the controller through the screen. Devil May Cry was friggin’ hard at a time when the industry was full of games that were growing easier and easier to beat, but gamers just couldn’t stop punishing themselves and put the controller down. After reminding the industry that games could be loved as much as they were hated for their difficulty, we finally saw a 3D Ninja Gaiden reboot in 2004 that upped the ante. Both of those series have been influencing the genre up until a few years ago when Demon’s Souls (2009) took the torch and went in a different direction that won it game of the year from many media outlets. 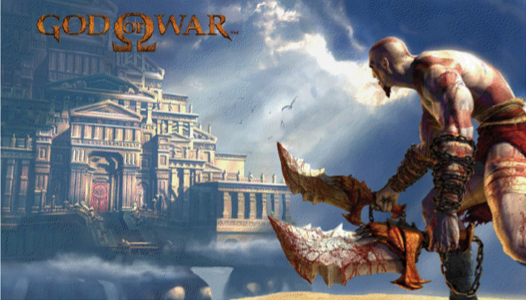 88. God of War (2005). This game is important for so many reasons. When the designers pitched the idea of doing yet another Greek mythology based video game, some of their bosses literally rolled their eyes, but David Jaffe and his team proved everyone wrong. It’s one of the many gaming examples (we’ll talk more on this when we get to Asteroids) of how sometimes rehashing an old idea can actually be the best thing for the industry. God of War also combined different action adventure genre elements to show that 3D animations deserved far more attention to detail, which allowed them to make some of the most famous QTEs (Quick Time Events) we’ve ever played through. It’s also worth pointing out that even though we all desperately hoped that Shadow of the Colossus (2005) would be incredibly influential, it sadly didn’t change the industry much at all, and games with larger than life enemy battles these days usually follow in the footsteps of Kratos more than the deep footsteps of your favorite colossus.

87. Touhou Project (1995). Also known as Project Shrine Maiden, this series of games started in 1995 with Highly Responsive to Prayers and is still being updated with over a dozen titles released to date. How hard is it? Well, its genre is called Bullet Hell, and YouTube videos suggest that they’re some of the hardest video games ever made. Fans of these SHMUP games would laugh at you if you thought Contra (1987) was hard and tease you for using one of the most famous cheat codes of all time:  the Konami Code.  While it may have stood on the shoulders of games like Batsugan (1993), there’s still no denying that Touhou Project was the most influential by far, and even the Guinness Book of World Records named it the “most prolific fan-made shooter series” of all time back in 2010. It went on to heavily influence Ikaruga (2001), Mushihime-sama (2004), and plenty of other games I’ll never be manly enough to beat. Fun Fact: Perhaps the only thing more impressive than the people who can actually play (and beat) the Touhou Project games is that all of the graphics, code, and music for each game was all made by one man: ZUN of Team Shanghai Alice.

86. Brain Age: Train Your Brain in Minutes a Day! (2005). Chris Baker from Wired was keen to point this out: “The series has sold almost 18 million copies, roughly the same number as Grand Theft Auto: San Andreas. As a killer app that sold the Nintendo DS to a grown-up audience, it’s the most extreme example of how Nintendo has bucked the dominant trends and made a killing doing it.” Since then, its sales have tipped 19 million while GTA: SA hit 20 million, and it’s largely responsible for the revival of the puzzle game genre on handhelds with series like Professor Layton (2007), Puzzle Quest (2007), and even Phoenix Wright, which came out back in 2001 but got revived in 2006 and brought to America in 2007.

85. Second Life (2003). Before Guild Wars (2005) and World of Warcraft (2004) were encouraging online wars, there was Second Life where users were free to do just about anything in their MMO world. Some players built cities while others nuked cities and made dildos rain from the sky. While that level of freedom shows that it was a bold game, the reason it was so influential is that it (along with Gaia Online) caught on to gamers’ hidden passion for customizing and fashion accessorizing even fake characters in a digital world. Players could create and sell their own items, which some people even did as a real world full-time job since the game used Linden dollars, which grew to have significant U.S. dollar values for years, and were even arguably an influence on today’s BitCoins. Then, in 2011, Valve announced that Team Fortress 2 (2007) was entirely free, and that they would provide optional character outfits and equipment that you could buy (or make and sell) from their online store. Gone were the days of DLC (Downloadable Content) that were unnecessary and unwanted, and instead the future looks like it will bring lots of games (including Dota 2!) that are completely free and still profitable through small microtransactions. Looking back, even if we don’t want to, we owe Second Life a lot of credit.

84. WCW/nWo Revenge (1998). Out of the long list of WWF, WWE, and WCW wrestling games, WWF SmackDown! (2000) is the bestselling 3D wrestling game with 3.58 million copies sold globally, but WCW/nWo Revenge deserves the belt for helping pave the way to the ring. It’s the original Andre the Giant that clinched wrestling’s clutch on the gaming entertainment market, which has resulted in over 77 million wrestling game sales. 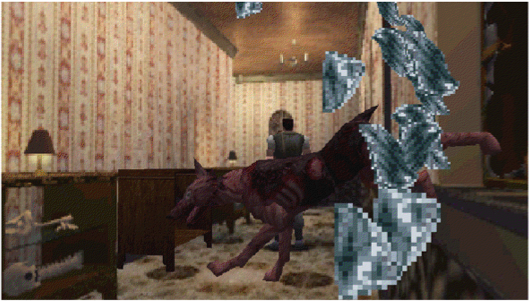 83. Resident Evil (1996). Don’t listen to that G4TV Top 100 Games of All Time list that said this game started the survival horror series; the games responsible for the genre’s explosion will be honored later in this list. However, Resident Evil did emotionally scar console games in ways that horror games before it (like Clock Tower) never could. There are two reasons it makes this list though. First, without it we never would have gotten Resident Evil 4, which added the influential “over the shoulder” element that perfected the genre in a way that got it almost every game of the year award in 2005. More importantly though, this game is responsible for the Resident Evil film series, which love them or hate them, are arguably the most successful video game based films of all time, with five films being released in ten years.

82. Alien Hominid (2004). Nowadays indie game developers have a plethora of tools at their disposal, and if they work their heart out and make something amazing then there’s a decent chance that it will be a big hit and the whole world will get to play and love it. But back in the day it was almost impossible. Alien Hominid is one of the only games to go the distance and fight through the gauntlet of being an online game that was so popular that it eventually made its way onto store shelves for the PS2 and GameCube. What did it take for this Cinderella story of success? It took Tom Fulp, the man who in 1995 decided to create the largest Flash gaming hub on the entire Internet: Newgrounds. Together with John Baez, Brandon LaCava, Nick Dryburgh, and animator Dan Paladin, they created the video game development studio The Behemoth in 2003 to develop Alien Hominid. Later in 2008 they created the famous Xbox Live Arcade game Castle Crashers, and Newgrounds is still immensely popular to this day.

81. Harvest Moon (1996). Fact: FarmVille (2009) is one of the most successful browser games of all time. Fact: Zynga’s FarmVille was heavily “influenced” by Happy Farm (2008). Fact: a lot of people don’t like Zynga. Fact: Happy Farm, Animal Crossing (2001), and all other farm games ever made were highly influenced by Harvest Moon, the original cutesy irresistible farm simulation game. There’s just something settling and calming and satisfying about life on the farm, and Harvest Moon on the SNES (Super Nintendo Entertainment System) was the first game to tap into this. In 1999 a newer version released on the Nintendo 64 and it broke through all age and gender presumptions about the industry and even pushed N64’s hardware to the limit. Sad Fact: I called Best Buy every day for two weeks until it finally received more copies of Harvest Moon 64. It was worth it. I’m totally a Harvest Moon Hipster.